NT Health is focused on achieving the best health and wellbeing for all Territorians.

The Territory presents a unique clinical experience and a real opportunity to make a difference for some of the nation’s most vulnerable people working as a doctor, nurse, midwife or allied health professional. Healthcare in the Territory promises a culturally rich experience, exciting career opportunities and a lifestyle that we think is the best in the world!

NT Health offers a broad range of services in all speciality areas.  The diversity and complexity of clinical presentations in the Territory offers unique and interesting challenges for clinicians and a myriad of training opportunities across urban, rural and remote locations. There is a strong focus on support and growth within the clinical team.

Medical Officers engage with the community and make a real difference, all while exploring the Territory and enjoying the dynamic and eclectic lifestyle on offer.

Working in the Territory offers you:

Generous packages are provided and will be discussed as part of the recruitment process. This includes relocation and accommodation support and various incentives.

You can find out more about Medical Officer positions and recruitment here.

There’s a fulfilling career in Nursing and/or Midwifery waiting for you in the Territory.

The skills and experience you will gain with NT Health are as diverse as the Territory itself and limited only by your ambition. We are committed to supporting our workforce to achieve their full potential and gain development in areas including but not limited to:

To be considered for a full time, part time or casual opportunity within NT Health we welcome applications through our career page. Once you have applied, your application will be assessed as suitable opportunities matching your skills and experience arise. The recruitment team will be in touch to discuss your applications’ progress.

NT Health employs Allied Health professionals working across urban, rural and remote areas of the NT, providing a full spectrum of healthcare including:

You can find out more about allied health positions and recruitment here or contact AlliedHealthAdvisory.THS@nt.gov.au

Recruitment is currently underway for employees to manage and support the Centre for National Resilience at the Howard Springs Quarantine Facility.

With a variety of roles available across fields including Allied Health, Nursing and Medical, this once-in-a-lifetime career development opportunity will allow you to make a real difference to the lives of Australians returning home, all while enjoying the Top End's relaxed lifestyle.

You can find out more and register your interest here.

Primary Health Centres are located across the Territory and provide a level of service for the size and needs of the community. The primary health care team provides preventative health checks, chronic condition management, immunisations, health promotion, education and palliative care. You can find a list of locations here.

Hospitals in the Territory

Royal Darwin Hospital is home to the National Critical Care and Trauma Response Centre. Established after the hospital’s assistance following the 2002 Bali bombings, the centre is responsible for critical emergency care and response to incidents both nationally and across our close neighbours in South East Asia.

Royal Darwin Hospital is also home to a variety of specialist services including the Alan Walker Cancer Care Centre.

A district medical officer also services the region giving medical advice and organising patients to be admitted to hospital or evacuated by air to Royal Darwin Hospital.

The Alice Springs Hospital serves a large but sparsely populated area exceeding a million square kilometres with a population of more than 42,000 including the tri-state area of the Northern Territory, South Australia and Western Australia.

The hospital caters for more than 65,000 admissions annually and with almost 84 per cent of patients being Aboriginal it cares for some of the nation’s most vulnerable people, with high levels of morbidity and mortality, and many with conditions rarely seen elsewhere in the country, with disease burden and comorbidities being disproportionally high.

The medicine is incredibly diverse, complex and interesting with a prevalence of rheumatic heart disease, bronchiectasis, and chronic liver and renal disease, along with diabetes in a young population with a median age of just 34.

The Tennant Creek Hospital is located about 500 kilometres north of Alice Springs. It is a 20-bed acute care hospital offering challenging remote work for medical practitioners and caters for more than 12,500 admissions annually, of which more than 95 per cent are Aboriginal.

Nursing, Midwifery and Allied Health:  Current rates of pay - Office of the Commissioner for Public Employment

The Department of Health is committed to ensuring that all health care workers are protected from vaccine preventable diseases.

If you’re offered employment you will need to submit a criminal history record check and a working with children clearance (also called an Ochre Card), at your own expense.

For more information and to apply go to:

All health professionals wishing to practice in Australia must hold Australian registration, have appropriate levels of education, skill and experience as well as the appropriate visa to work in Australia.

For information about Australian registration for overseas practitioners go to these websites:

For information about living and working in Australia go to the Australian Government’s Department of Immigration website.

Read more stories about life in the NT 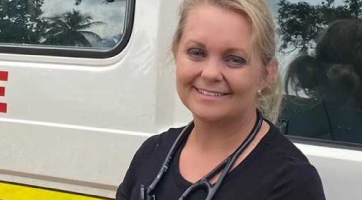 Nurse Practitioner Karenlee Hess moved to the Territory for work, only intending to stay for three months. 13 years on, she still calls the Territory home - stimulated by the professional challenges the industry offers. 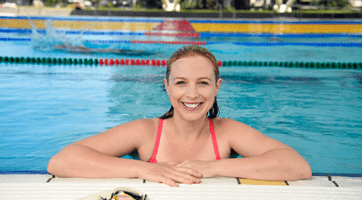 Chasing opportunities in healthcare with a relaxed lifestyle on the side

Registered Nurse, Renee, made the decision to relocate to the Territory and fell in love with Darwin's laid back and unpretentious style; all while getting opportunities to travel as a Remote Nurse. 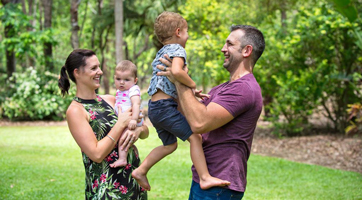 Fast-tracked careers, time with the family - Brent found it all in The Territory

Moving up to Darwin as an Enrolled Nurse, Brent has propelled his career to become the Clinical Nurse Manager for the Royal Darwin Hospital, without sacrificing time with the family.